3 Steps That Could Prevent Frozen Pipes in Crown Point, Northwest IN and South Cook County IL 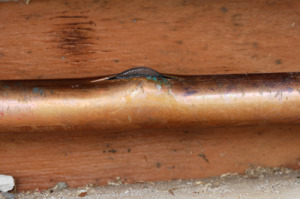 Step #1: Locate your vulnerable plumbing pipes.
Pipes that are likely to freeze include:

Step #2: Shield the plumbing pipes that are susceptible to freezing from the elements.

Some ways to keep your pipes protected from the cold include:

Step #3: Protect your plumbing system while you are on vacation.

Precautions you can take while away on vacation include:

At Reichelt Plumbing, we know that when the subzero temperatures hit we’ll be getting some calls about frozen and burst pipes. If you need help thawing or repairing a plumbing pipe this winter in Crown Point or Schererville, don’t hesitate to give our experts a call!

You can trust the contractors at Reichelt Plumbing to handle any residential work required in your home or at your company.